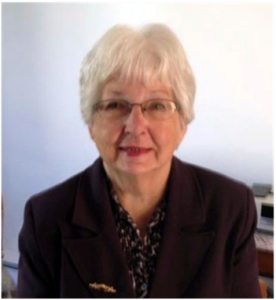 Shirley Maxine (Anderson) Dee, born December 22nd, 1934, passed away on November 4th, 2022, at Orchard View Long Term Care Facility, in Gagetown, NB. She is the daughter of the late Velma (Grant) Anderson and the late George E. Anderson of Benton, NB, and wife of the late John F. Dee.

She celebrated 60 years of married life in February 2012. During those years she raised her children living in Aroostook for 15 years and then Grand Falls until 2012. The last 8 years of her life she lived at the Orchard View LTC Facility where she received excellent care.

Shirley was known for her gentle kindness and her love for sewing & quilting, cooking, singing and piano playing. The women of the Grand Falls Baptist Church were always close to her heart and will be remembered for their faithful friendship.

A committal service is planned for the summer of 2023. Remembrances may be made to your local SPCA and the Orchard View LTC Facility.